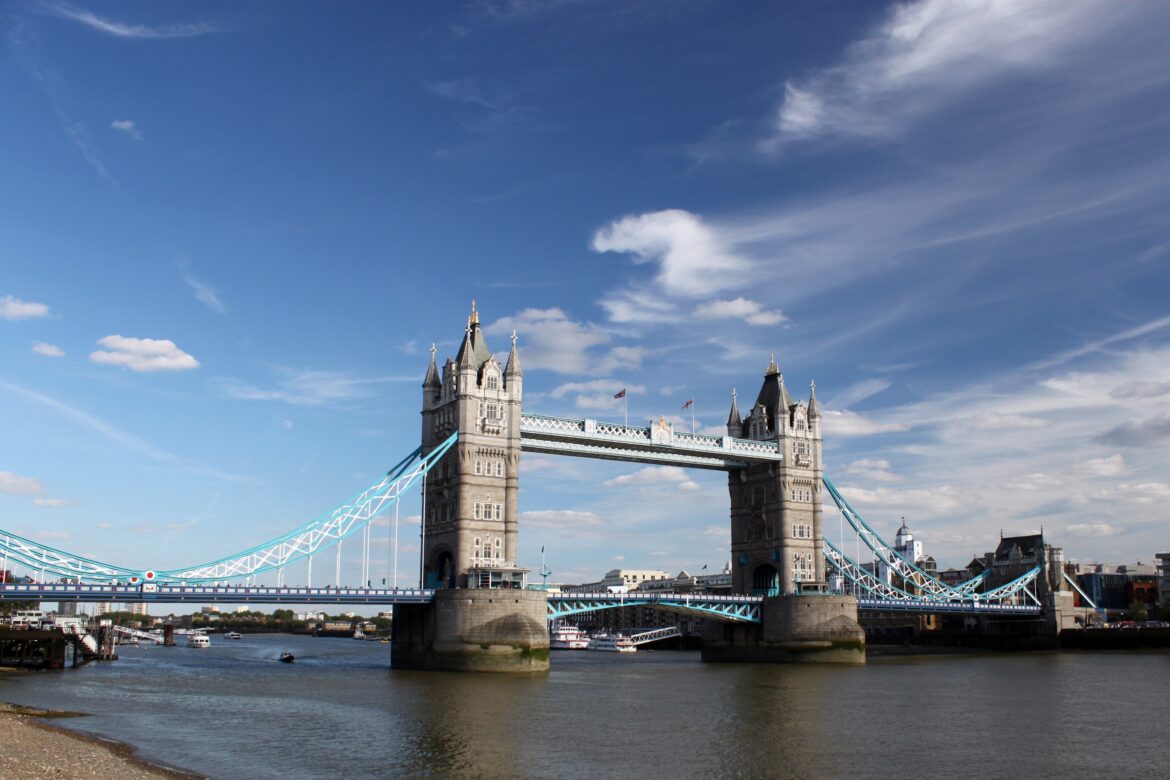 Tower Bridge is a combined bascule and suspension bridge in London, England, over the River Thames. It is close to the Tower of London, which gives it its name. It is a distinctive landmark of London, and a popular tourist attraction.

The bridge was designed by Sir Horace Jones, the City Architect, and John Wolfe-Barry, a civil engineer. The bridge consists of two towers that are connected by two walkways that are suspended by steel cables. The bridge can be raised to allow ships to pass through.

The bridge has undergone several renovations and refurbishments over the years. In 1982, the bridge was given Grade I listed building status, which means it is a building of outstanding or national architectural or historic interest. In 2010, a major renovation of the bridge was completed, which included the installation of new lifts, the repainting of the bridge and the replacement of the Victorian machinery that operates the bascules.

Tower Bridge is now a major tourist attraction in London, with over 40 million visitors per year. The walkways of the bridge offer panoramic views of the city and the Thames, and the bridge is a popular spot for photography. The Tower Bridge Exhibition, located in the bridge’s north tower, provides visitors with an opportunity to learn about the history and engineering of the bridge, and to see the Victorian engine room where the bascules are operated.

In conclusion, Tower Bridge is a iconic and historic landmark in London that has undergone several renovations and refurbishments over the years. It continues to be a popular tourist attraction, offering panoramic views of the city and the Thames, and providing visitors with an opportunity to learn about its history and engineering.

My Journey to Leh Ladak

20 things to do in London