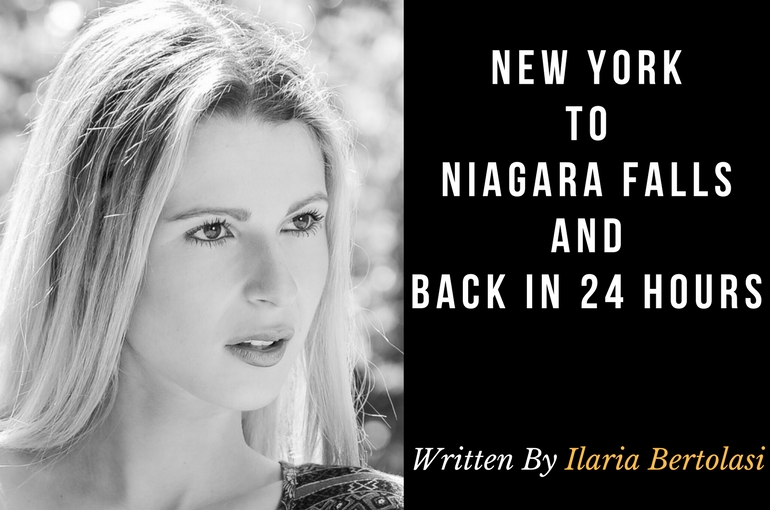 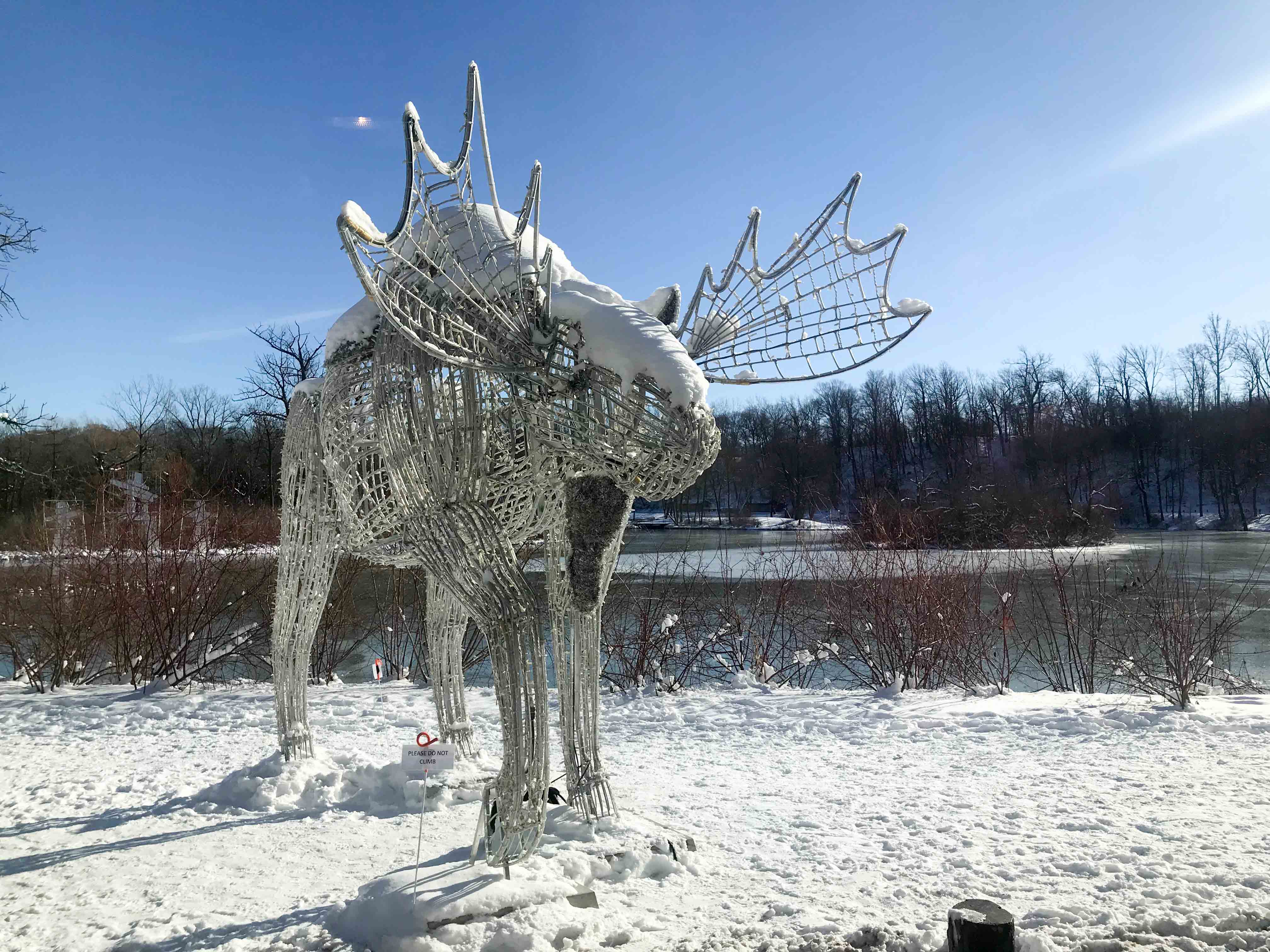 It’s well known that New York is one of the most beautiful and incredible cities in the world.

I was lucky to go there many times in my life, but the last time I went there, during Christmas time, I received an amazing present…the opportunity to visit Niagara Falls with an organized one day tour on 26th December 2017.

The name Niagara originates from the term in the Iroquoian language (American redskin), Onguiaahra, which means thundering waters. The Falls are a collection of three different waterfalls that are the Horseshoe Falls, the American Falls and the Bridal Veil Falls.

They are located on the Niagara River and form the international border between Canada and the United States (in details between Ontario and New York). They have a vertical drop of more than 165 feet and more than six million cubic feet (168,000 m3) of water goes over the crest of the falls every minute. The Falls are famous for their majestic beauty and for a source of hydroelectric power.

But let’s talk about my adventure!!

3:30 am: I got up really early in the morning, but I was so excited that it didn’t matter.

4:50 am: a minibus picked me up from Manhattan to JFK International Airport. When I arrived there I had a big breakfast to Starbuck’s after the check-in and passport control.

7:55 am: the plane took off!! Next destination: Buffalo Airport! The flight was about one hour and 25 minutes long, but it passed quickly, because when I fly I like to look out the window and admire the view below me and in this case the lights of the early morning.

9:25 am: I arrived at the airport in Niagara area and our guide was waiting for my group and me at the gate.
We were almost there! The next stop would finally be the Niagara Falls. To get there we took a van and after passport control at the Canadian customs, we did an exciting tour around the falls while the guide told us the story of the falls. 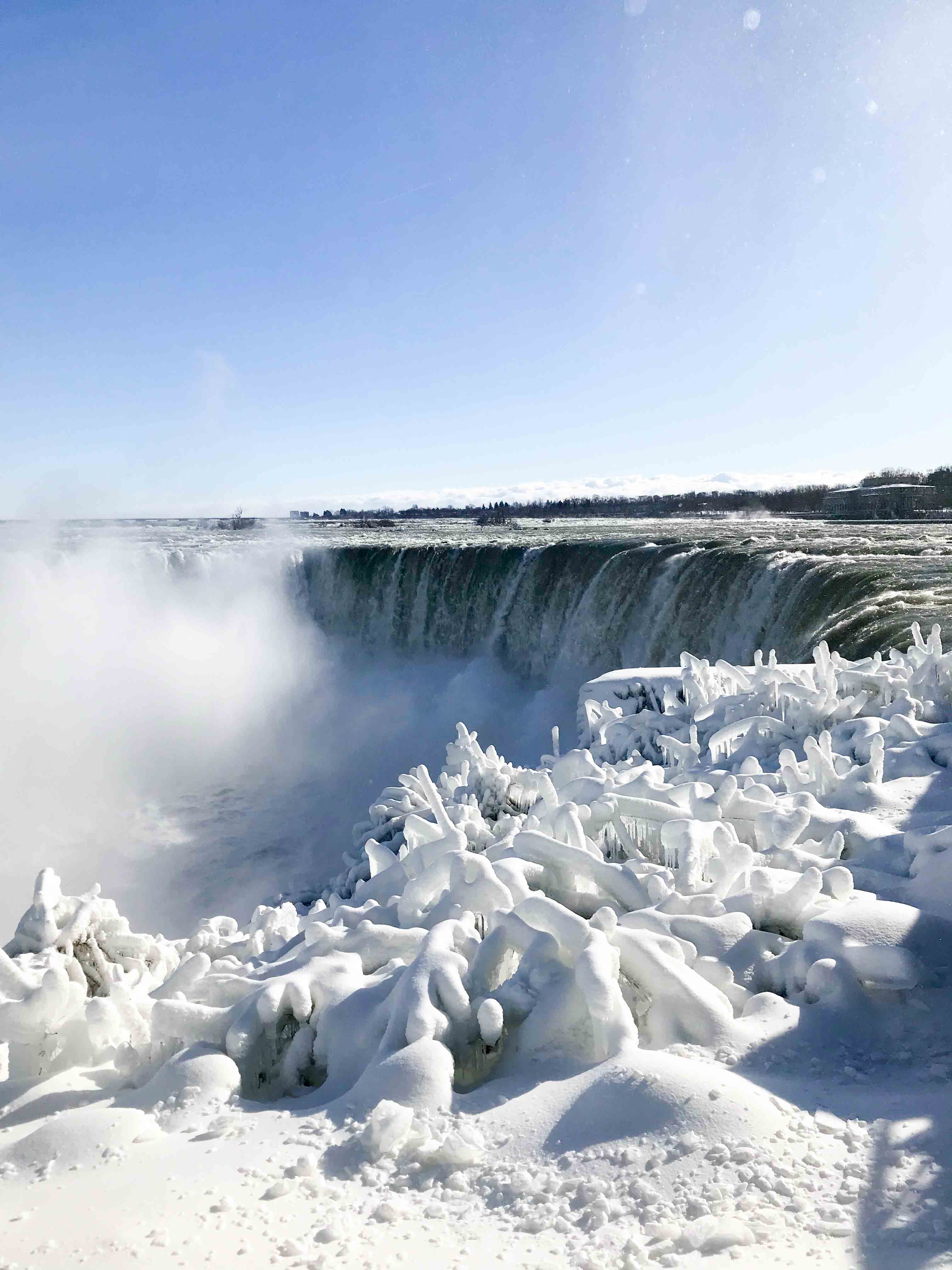 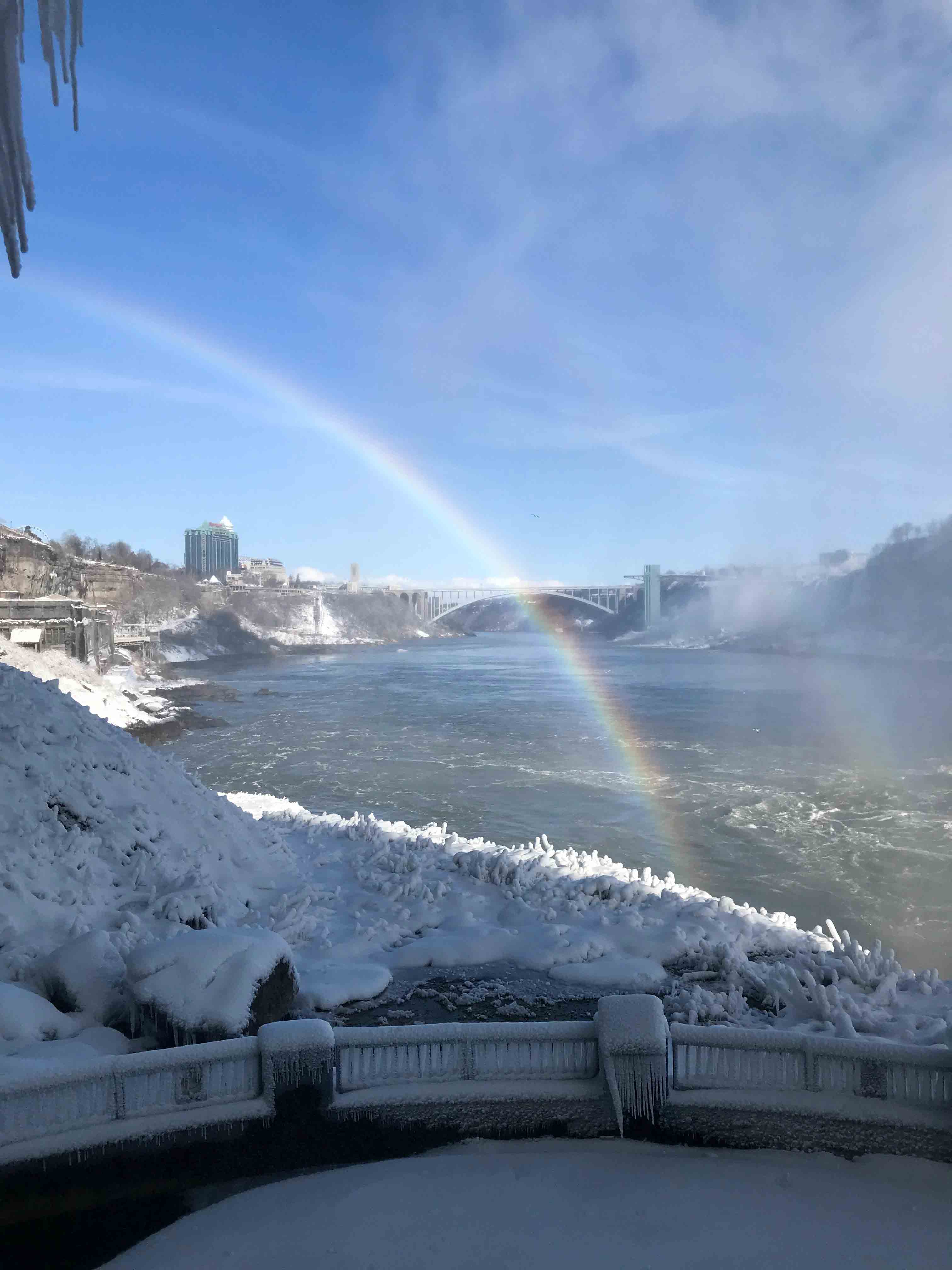 “A legend of the area tells of Lelawala, a beautiful girl forced by her father to get engaged with a boy whom she despised. Rather than marry, Lelawala chose to sacrifice herself to her true love He-No, the God Thunder, who lived in a cave behind the Horseshoe Falls.

She went with her canoe in the fast currents of the Niagara River and fell from the edge of the waterfall. He-No picked it up as it crashed and their spirits, according to legend, live united for eternity, in the sanctuary of the God Thunder under the falls. The girl became the lady of the fog because of the water vapor of the waterfall”.

11:00 am: I was so fascinated by this story that I turned suddenly and I began to glimpse the impressive waterfalls!!
Usually, this trip is done in Spring or Summer, when you can get under the waterfalls with the boat. However, the period I chose made everything even more fascinating. The outside temperature was over -10 degrees, it was very cold, but it was worth it to see this incredible frozen world. The day was clear with a bright sun, which made the ice shine and made everything even more candid. It is incredible the noise that you hear !!

The most beautiful show is to admire the rainbow that has enchanted us with such a sunny day!

The opportunity to take pictures is certainly not missed! After being left outside for half an hour the guide introduced us to a series of galleries that form an underground path to see the falls from another perspective. 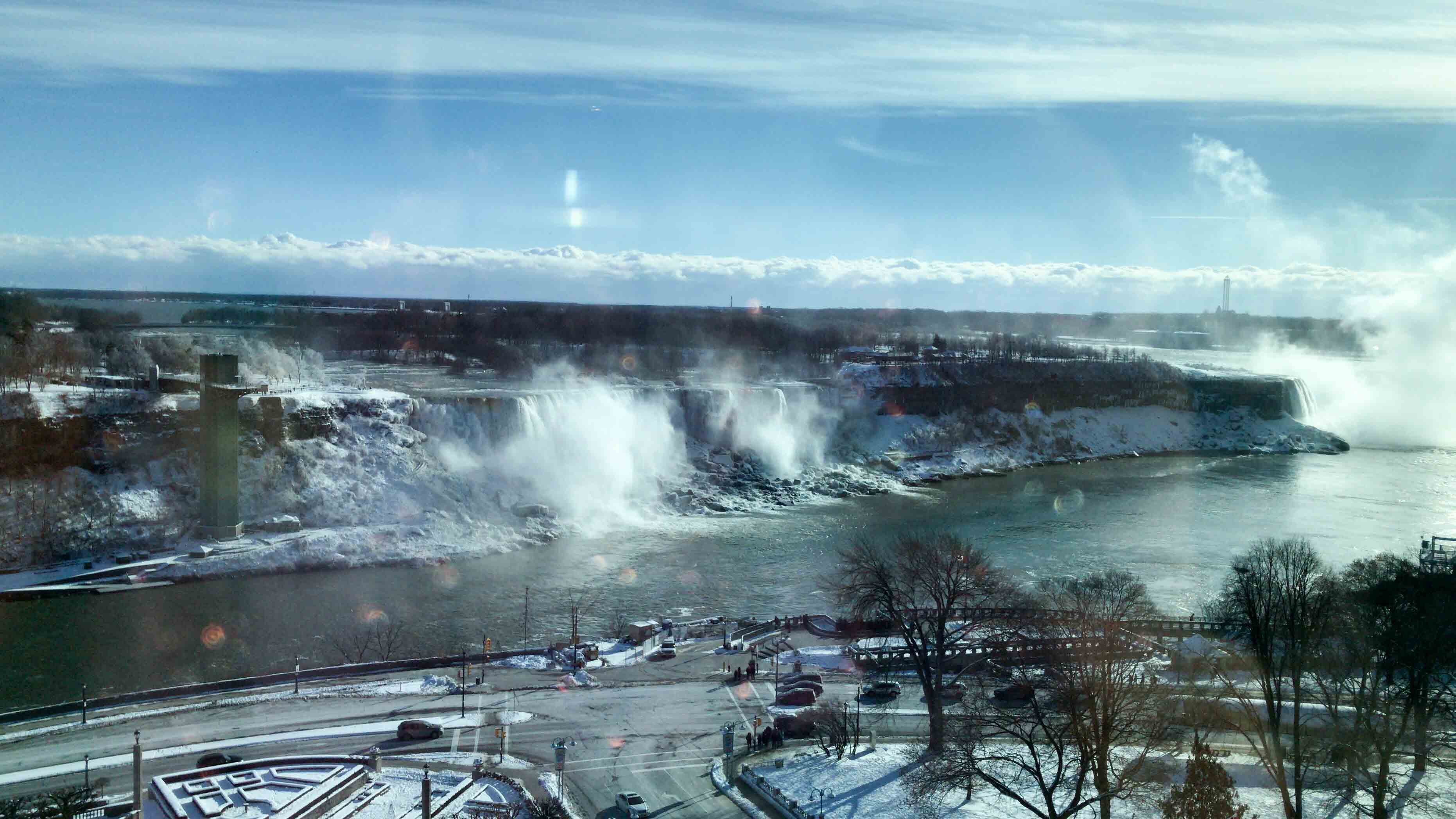 1:00 pm: Then we had lunch on the top floor of the Sheraton hotel, which faces the falls with a magnificent view! After that, there was time to buy some souvenirs in a nice shop, where I tasted some great Canadian maple syrup biscuits. If you can visit the falls I suggest you try them, they are irresistible!

3:00 pm: unfortunately it was time to leave for Buffalo, my adventure was about to end. Once I arrived in Buffalo, I took the flight to JFK airport and went back to Manhattan.

8:00 pm: I’m coming back to Manhattan a bit tired but incredibly happy.
it was a great day where I could see one of the most famous places in the world, rightfully a UNESCO heritage.

Go there it’s really worth it !!